The first Test match between Pakistan and New Zealand ended in a draw. The batsmen completely dominated the match. After the match is drawn, the World Test Championship points table.. 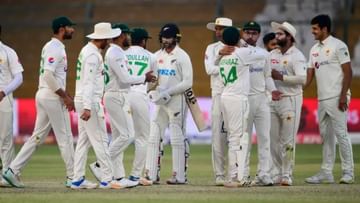 WTC Points Table: The first Test match between Pakistan and New Zealand ended in a draw. The batsmen completely dominated the match. After the match was drawn, the World Test Championship points table saw little change. Both these teams are now out of the final race. So, the series between these two teams will have no bearing on the final. Now let’s know what is the latest situation of point table..

Position of Pakistan and New Zealand in WTC points table..

Pakistan is playing the sixth and final series of this Test Championship. So far they have won four matches and lost six. Three matches were drawn. Pakistan scored a total of 60 points. But, Pakistan’s score percentage is 38.46. Ranked seventh in the table. New Zealand, the champions in the first season of the Test Championship, is playing the fifth series. The Kiwis have won two matches and lost six. Both matches were drawn. The New Zealand team scored a total of 32 points. New Zealand’s percentage of marks stood at 26.67. The Kiwis are eighth in the points table.

Final between Australia and India

Playing in the fifth series, Australia has almost secured its place in the final. Kangaroo team won 10 matches and lost one match. With a percentage of 78.57 points, Australia will qualify for the finals if they win or draw any of the next five Tests. The Indian team also has a good chance of going to the finals. India won eight matches out of five series and lost four. Australia got 58.93 percent marks. The Aussie team has come together well after winning two matches in a row against South Africa.