Rohit Sharma’s Sena continues to be second with 58.93 percent points, while Sri Lanka is third with 53.33 percent. With this, India..

The third and final Test between Australia and South Africa ended in a draw in Sydney on Sunday. From the point of view of the ICC World Test Championship, the teams of India and Sri Lanka got along well. In Sydney, the South African batsmen put up a lot of fight against the Australian bowlers. The Aussies were of no use as the rain-affected match ended in a draw. However, this means Australia will have to wait until the upcoming series against India to cement their place in the World Test Championship final. With the current drawn match, the Australian team missed the opportunity to consolidate their position.

Australia currently remains at the top of the WTC points table. It looks certain to play in the final. Pat Cummins’ side failed to cement their place as WTC finalists due to a draw in Sydney. Australia won the series 2-0. But despite another dominant performance with the bat, the Australian team’s point-percentage dropped to 75.56 as the Test was drawn.

While Rohit Sharma’s Sena continues to be second with 58.93 percent points, Sri Lankan team is third with 53.33 percent. Meanwhile, India’s chances of reaching the second final in a row have increased. 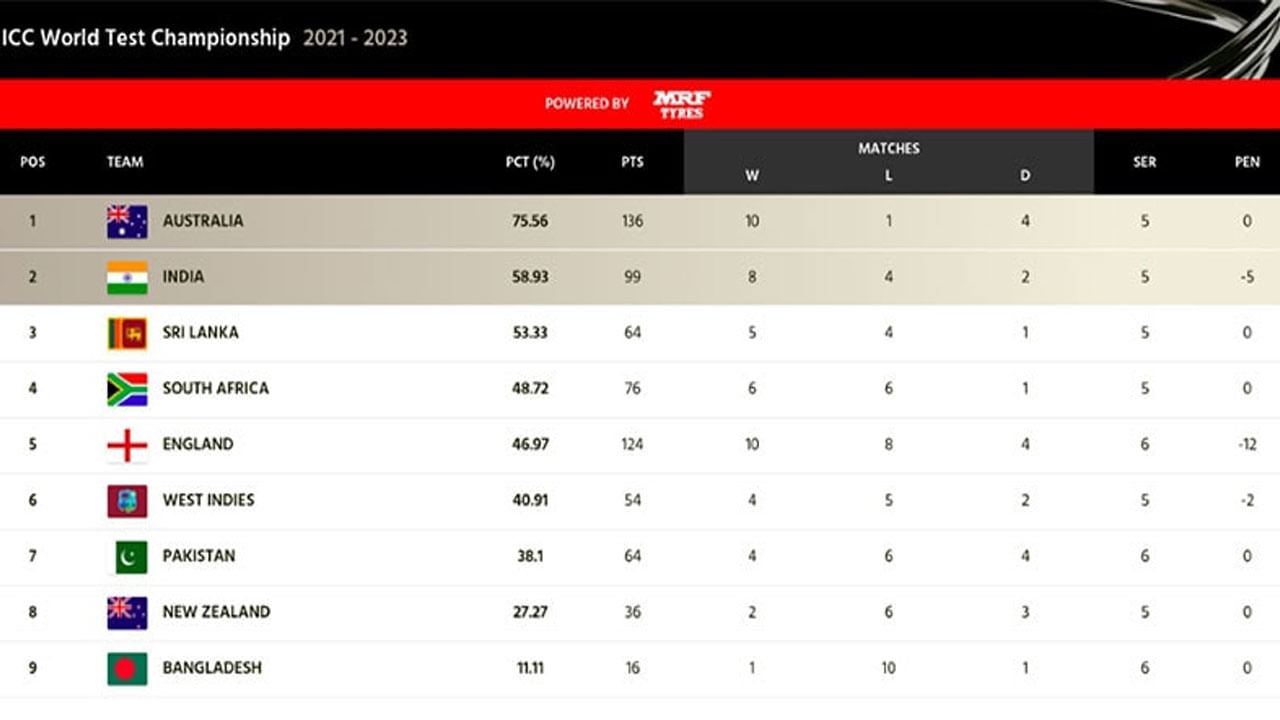 Like Australia, South Africa lost valuable points. The Proteas team remained at the fourth position with 48.72 percent. The upcoming series against the West Indies at home is looking to turn things around.

But, South Africa’s chances depend on other teams as well. Wins in both the Tests against the Caribbean team are a must. The only hope for Dean Elgar’s side is the results of other teams after a disappointing tour of Australia.