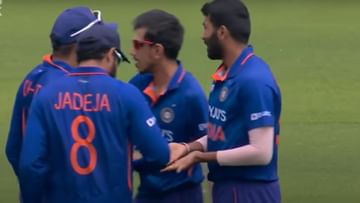 
Jasprit Bumrah Best ODI Spell 2022: Indian fast bowler Jasprit Bumrah will not play much cricket in 2022. However, he did not leave his mark in the world of cricket. Bumrah played a total of 15 international matches in 2022, including five ODIs. He played three ODIs in South Africa and two ODIs in England. Despite playing only five ODIs, Bumrah performed a miracle. Wisden also showered him with praise after seeing that special innings. Wisden chose Bumrah’s bowling against England as the best ODI spell of the year, giving it a rare honour.

Bumrah had a brilliant spell against England in the ODI match at The Oval on 12th July. He gave away only 19 runs with three maidens in just 7.2 overs and took six wickets. This was the best performance of Bumrah’s ODI career. The England team collapsed to 110 runs due to Bumrah’s bowling. In reply to this, Rohit Sharma scored 76 runs with super batting and India won without losing a wicket in 18.4 overs.

Bumrah away with injury..

After wrapping up the England tour in July, Bumrah had a break of about a month. He returned with a three-match T20I series against Australia in September. Bumrah was injured in this series and missed the Asia Cup. Bumrah is expected to be fit till T20 World Cup. But, as it did not happen, he missed this tournament as well. Bumrah is still unable to make it to the Indian team. He is expected to return for the series against New Zealand in late January.