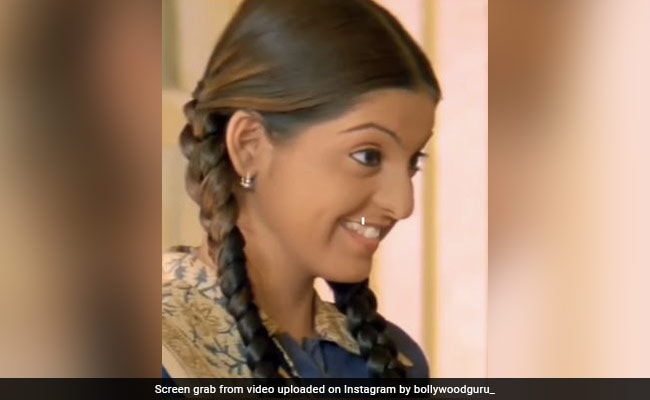 Chutki of the film ‘Vivah’ has changed the whole look

Bollywood actress Amrita Prakash has worked in many films, but she was very much liked in the role she played of Amrita Rao’s sister in Shahid Kapoor’s film ‘Vivah’ in 2006. She was only 19 years old during the film marriage and today she is 35 years old and her look has completely transformed. If you want to see how the ‘Chhutki’ of ‘Vivah’ looks now, then let us show you five such pictures of Amrita Prakash, seeing which you will also say that she gives a tough competition to her reel life sister Amrita Rao.

Bollywood actress Amrita Prakash was born on 12 May 1987 in Jaipur, Rajasthan. After this, his family shifted to Mumbai and from Mumbai University he took a master’s degree in commerce and business administration. Now watch this video itself, how much change has come in Amrita’s looks.

Amrita Prakash started working from the age of four. She has shot many commercials like Dabur, Glucon-D, Rasna, Sunsilk. In 2001, he stepped on the big screen as a child artist through the film ‘Tum Bin’. Along with this, she has also appeared in many Malayalam films.

The biggest platform for Amrita Prakash was Suraj Barjatya’s film ‘Vivah’. In this 2006 film, she played the role of Shahid Kapoor’s sister-in-law and Amrita Rao’s sister, in which her name was Chutki. After this he worked in many films like ‘Koi Mere Dil Mein Hai’, ‘Ek Vivah Aisa Bhi’, ‘We Are Family’, ‘Na Jaane Kab Se’.

Along with age, Amrita Prakash’s look also changed a lot. Amrita Prakash, who looks cute and bubbly, has now become quite stunning and is always in headlines due to her glamorous look.

Amrita Prakash remains very active on social media as well. She has 89.6 thousand followers on Instagram, for whom she keeps sharing her pictures every day.

Sawaal India Ka: Will PM Modi’s advice have an effect?