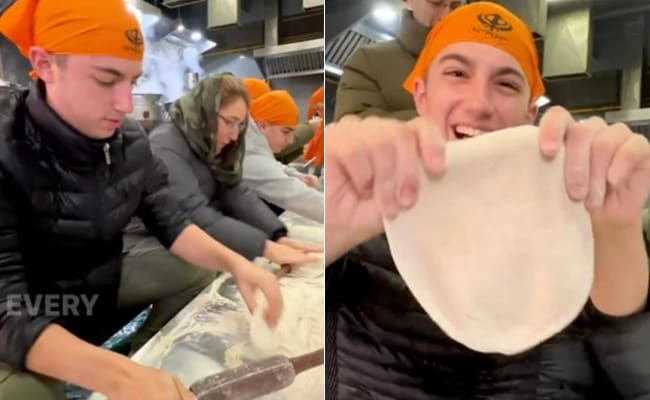 It is said that India is a dream. The culture, religion and rituals here attract a lot of people. People from India and abroad come to visit India. Recently, a famous blogger from America has come to visit India with his family. While visiting India, he also reached a gurudwara in Delhi. There he bowed his head with his family and was seen rolling rotis in the kitchen of the gurudwara. People are very happy after watching this video of him. People are reacting on social media. Along with this, people are also sharing this video.

talking about the machine

Eaton is a blogger as well as a chef. He praised the roti machine. He told his fans that with the help of this machine, 4000 rotis can be made in an hour.

Will those who get hurt on every talk take a lesson after the PM’s statement?