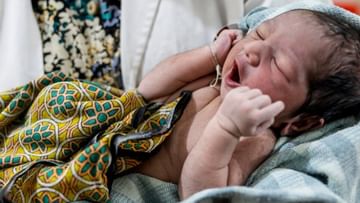 Unicef ​​Praises Telangana For Being A Flag Bearer For Midwifery System

UNICEF India: United Nations affiliated health organization UNICEF India has praised the midwifery system implemented by the Telangana government for the first time in the country with the aim of reducing maternal and child mortality. Telangana government’s efforts are excellent. The staff was showered with praise for the way the midwifery course was being trained for safe deliveries. In this context, UNICEF India has made a post on its Twitter. She shared a photo of a baby being delivered by midwives at an area hospital in Hyderabad with the hashtag ‘For Every Child A Healthy Start’ on her Twitter account. According to UNICEF, maternal and child care is very good in Telangana. In a tweet, it was revealed that the Telangana government has stood as a compass for the country in mid-wifery. The Telangana government is working in a respectable manner in the matter of maternity care. UNICEF has praised the way midwives are being trained to ensure positive birth experience for mothers during labour. It is said that the maternity services provided in Telangana are excellent and they contribute to smooth delivery. Rathi Balachandran, Assistant Director General of Nursing, Department of Health and Family Affairs, recently also mentioned that the idea of ​​midwives training conducted by the Telangana government with a view to give normal births to pregnant women is excellent.

The Telangana government is conducting this training as a pilot project in Gajwel Area Hospital and four other hospitals in the state with the technical support of Fernandez Foundation and UNICEF. She recently supervised the midwives training program conducted by the Telangana government as a pilot project for staff nurses at the Area Hospital in Gajwel town. In the training of midwives, pregnant women are trained on the topics of diet, exercise, benefits of normal delivery, and what should be done to make pregnant women confident about normal delivery. UNICEF India praised this policy.

📸Pictured moments after being born with the help of midwives at the Area Hospital in Hyderabad, Telangana.

Telangana is a flag bearer for Midwifery in India, working towards respectful maternity care and a positive birth experience for mothers.#ForEveryChilda healthy start pic.twitter.com/UVMKSm7loT