If you feed a snake with milk, will it stop biting? Pakistan has had the same experience now. It is the Taliban who nurtured Pakistan and are now destroying that country. The Taliban have thrown a challenge by running a parallel government 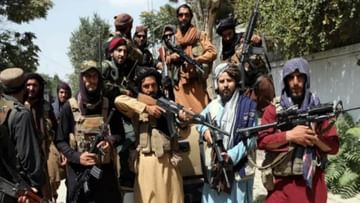 The Taliban who have already seized power in Afghanistan.. are taking steps forward with the intention of establishing their government in another country.. This time they have set their eyes on their neighbor Pakistan.. The government of Pakistan has thrown a direct challenge to the sovereignty and the army of Pakistan.. Tehreek-e-Taliban Pakistan. It is also known as Pakistani Taliban.. It has announced that it is forming its own government in North Pakistan. Moreover, various ministries have already been set up.. If we go into the details..

Taliban are becoming a spear in the side of Pakistan. Taliban are showing dots by forming a parallel government in Pakistan. Afghan Talibans are biting Pakistan as if milk is given to a snake. Yes, the Taliban, who are ruling Afghanistan, are now focusing on Pakistan. They are trying to take Pakistan under their control. It is raging in Pakistan by the TTP, which is close to the Afghan Taliban. A parallel government has been established in North Pakistan to compete with Prime Minister Shehbaz’s government. Not only the government but also the cabinet was formed by Tehreek-e-Taliban group. The ruling class and the army went on the defensive as these developments challenged Pakistan’s sovereignty. The rulers are confused as to how to deal with it.

While the Afghan Taliban are running the government in North Pakistan on the one hand, they are carrying out attacks on the Pakistan border on the other. The Tehreek-e-Taliban Pakistan group is known as the TTP. This group is also known as Pakistani Taliban. It is an affiliate of the Afghan Taliban. This group now runs a parallel government in northern Pakistan. With that, Shehbaz government was shocked. Prime Minister Shehbaz held an emergency meeting with the army officials. After this meeting, Pakistan Home Minister Rana Sanaullah made hot comments on Afghanistan.

He warned that if anti-Pakistan forces are encouraged, they will penetrate into Afghanistan and attack more. The Taliban are getting more angry with this announcement. They are warning that this time they will face the same humiliation they faced at the hands of India in 1971. With that, the honor of Pakistan was lost. And what kind of measures will Shehbaz government take against the TTP Samaranta government? It remains to be seen what kind of strategy Kattadi will follow