A case of sexual harassment has been registered against Haryana Sports Minister Sandeep Singh. Sandeep was previously the captain of the Indian national hockey team. 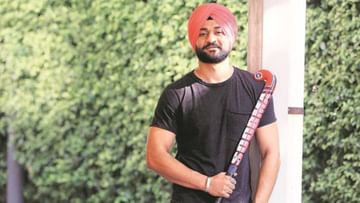 But Sandeep Singh says that the female coach made baseless allegations against him. He said that he will resign from the post with moral values. All things will come to light in the investigation.

A case has been registered against the sports minister under sections 354, 354A, 354B, 342, 506 of the Indian Penal Code. On Thursday, the state’s junior athletics coach leveled allegations against the sports minister. A day later, a police complaint was lodged against him. However, Sports Minister Sandeep Singh completely denied the allegation of the female coach. They demanded an independent investigation. Meanwhile, state Inspector General of Police PK Agarwal, Rohtak Range Additional Director General Mamata Singh has constituted a committee to investigate the matter. Many senior police officers are participating in this.

A junior women’s coach has alleged that Sandeep Singh sent her Snapchat messages on Instagram after the 2016 Rio Olympics. The woman’s coach alleged that some time ago, Sandeep called her to his office and said, “You make me happy… I will make you happy.” The woman claimed that Sports Minister Sandeep Singh also harassed her. But somehow he came out of there to save himself. He said that he was transferred after that. If this is the case, then the sports minister says that he is being framed on purpose.