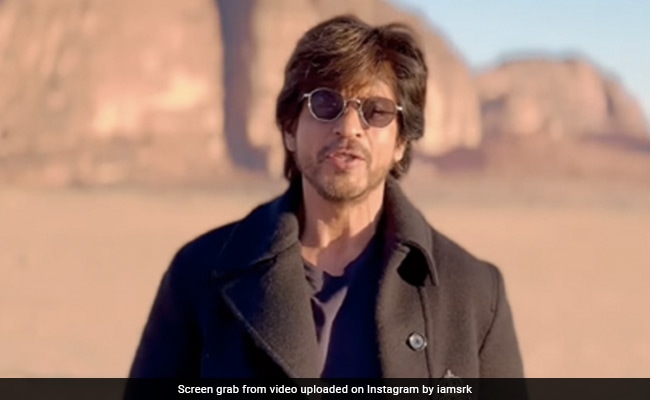 Shahrukh gave a funny reply to the fan

After a lot of controversies, finally Shahrukh Khan’s most awaited film ‘Pathan’ has been released today. The fans were eagerly waiting for this film. Ever since the film’s trailer and songs came out, Shah Rukh Khan has been in the limelight for different reasons. And everywhere, King Khan was also seen promoting his film with great enthusiasm. In between, Shahrukh also kept an ‘Ask Me Anything’ session on social media, where fans were seen asking him different types of questions, to which he also gave funny answers.

Recently, Shah Rukh kept #AskSRK session on Twitter for his fans, in which his fans were seen asking him funny questions. One such question was also asked by this fan of his. In the Ask Me Anything session, a fan of Shahrukh asked him, “We got married a week ago, should I go on honeymoon or see Pathan”. To which Shahrukh replied, “Son, it’s been a week, haven’t honeymooned yet. Now go watch Pathan with your wife and then go on honeymoon”.

After this answer of Shahrukh Khan, the fans are not tired of praising him. A fan wrote, ‘You are amazing sir’. So another wrote, ‘Sir you have brought Bollywood back to life. Showed who is the real king. So there another writes, ‘There is no answer for you in Sir Humour’. Let me tell you, apart from Shahrukh Khan’s film Pathan, Deepika Padukone and John Abraham are also in the lead roles.