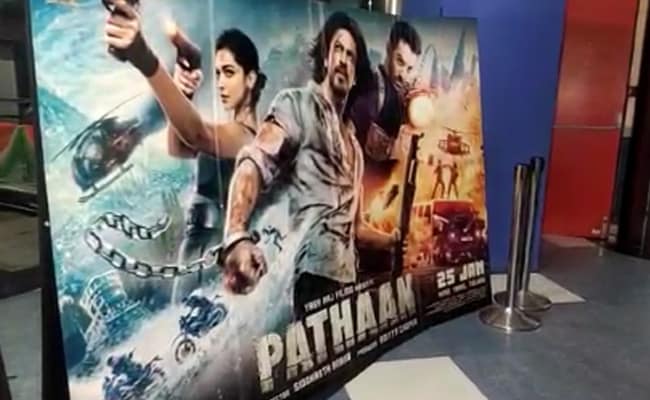 Shahrukh Khan’s film ‘Pathan’ has created history in advance booking. ‘Pathan’ has joined the list of India’s highest ticket selling films in advance booking. Here, before the release of this film across the country, security has been increased at many places. There is a police alert regarding the film in Hapur, UP. Police will be deployed in both the cinema halls of the city. Cinema operators in Hapur demanded security from the police. Police will be deployed outside the theaters of Hapur in view of Shahrukh Khan’s Pathan film.

At the same time, preparations are going on in Varanasi for the film ‘Pathan’. City’s PDR Mall is getting ready for the release of Pathan film by decorating it with paint. Due to Corona, the cinema industry was hit. It seems that the presence of the audience will add color to the film Pathan, which is releasing on Basant Panchami.

About 25 theaters have reopened across the country, this film is being released in more than 100 countries of the world. It is expected that Pathan will breathe new life into the film industry which is going through continuous losses. Figures of three National Cinema Chains – PVR, Inox and Cinepolis show that till Monday night, 4 lakh 19 thousand tickets have been sold for the opening day of this film. A gross collection of more than 50 crores is expected from advance booking for the first day. Theater owners as well as Bollywood stars have raised hopes that the film industry, which is suffering from continuous long losses after the Kovid epidemic, will get a new flight from Pathan. !

#BudgetBasics: Some words you should know