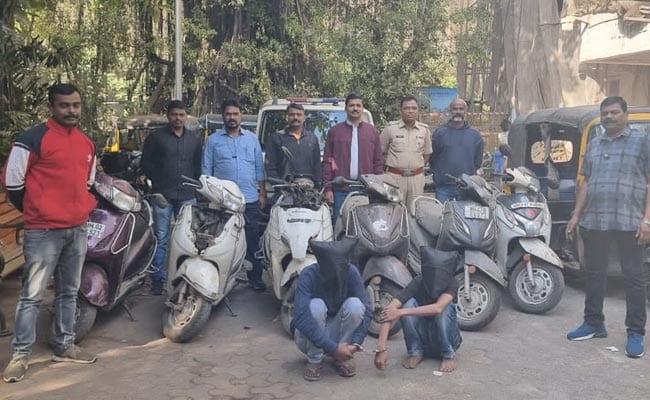 According to Dr. Chandrakant Gharge, API of Dindoshi Police, on January 7, a complaint was received about theft of Activa scooter from Santosh Nagar Film City Road. While investigating the case, the police started scanning the CCTV footage installed in the area, then two people were seen carrying the Activa.

After identifying both of them, the police arrested them. When questioned, it was found that the wife of accused Akshay Pawar had gone to Thane to stay at her maternal home. Whenever Akshay has to go to meet him, he takes the scooter of anyone parked on the road. While returning, leaving that scooter in Thane, he steals another scooter and comes back.

The police have also arrested Akshay’s accomplice Sagar Chalke on the charge of helping him in the theft. Sometimes both used to steal auto rickshaws and take them to Thane. After interrogating both of them, the police seized seven stolen vehicles from different areas, including an auto rickshaw.