Leader of Shiv Sena (Uddhav Balasaheb Thackeray) made key remarks. It is said that in 2022, a new glory has come under the leadership of Rahul Gandhi. If the same glory continues in 2023.. 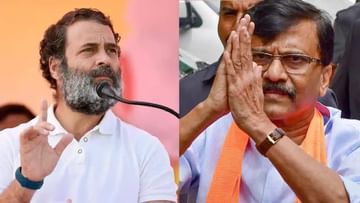 The Bharat Jodo Yatra undertaken by Congress leader Rahul Gandhi has filled the ranks of the parties and the leaders of the UPA alliance with enthusiasm. In this sequence, the leader of Shiv Sena (Uddhav Balasaheb Thackeray) made key comments. It is said that in 2022, a new glory has come under the leadership of Rahul Gandhi. Sanjay Raut believes that if the same glory continues in 2023, we can see a new change in the country’s politics in the next general elections. Sanjay made these comments in his Sunday column Rokhthok in Shiv Sena’s official magazine Saamna. On this occasion, BJP at the center was also criticized. He also made many comments on Prime Minister Modi and Union Home Minister Amit Shah. He advised not to plant the seeds of hatred and division in the country. Sanjay Raut, who said that the solution to the construction of Ram Mandir has been found, now there is no situation to ask for votes on the basis of this, UBT leader Shivnena said.

In this context, it is alleged that the BJP has brought a new topic called ‘Love Jihad’ to the fore. Do you want to use this weapon and create fear in a group and thereby benefit in the elections..? He questioned the BJP. Actress Tunisha Sharma and Shraddha Walker’s murders were not committed under love jihadi. However, it is said that attacks on women, irrespective of their caste, are not appropriate and such atrocities should not happen.

He criticized that Prime Minister Modi often says that he should let go of narrow-mindedness, but that attitude is prevalent in the BJP itself. Raut criticized that the rulers are not willing to recognize the rights of the opposition parties.