Royal Challengers Bangalore (RCB) veteran batsman and former captain Virat Kohli is all set to open for the team in the next season of IPL. Mike Hesson, the team’s director of cricket operations, suggested that Kohli and Du Plessis could see the opening pair. 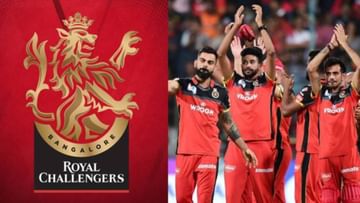 RCB picked England’s Will Jacques and Reece Topley during the IPL 2023 auction. Jacques was bought by Royal Challengers Bangalore for Rs. 3 crores 20 lakhs bought. He also chose Reece Topley. Topley is a tall left arm fast bowler. He can prove to be a very strong bowler.

Mike Hesson explains the strategy behind buying Will Jacques, Reece Topley. Virat Kohli also hinted at the opening. “We know what skill and craft Reece Topley has. Very happy to buy this player for one crore 90 lakhs. His arrival will improve the balance of the team. We thought that we would have to spend Rs.3-4 crores. But, it didn’t happen. Hence the opportunity to buy Will Jacks. Faf du Plessis and Virat Kohli are likely to open for us,” he said.

Mini auction for IPL 2023 is over. During this time all the teams worked to strengthen their squad for the next season. Sam Karan became the most expensive player in IPL history. Punjab Kings spent more than Rs.18 crore and bought it. Along with this, money rained on Ben Stokes, Cameron Green and Nicholas Pooran.