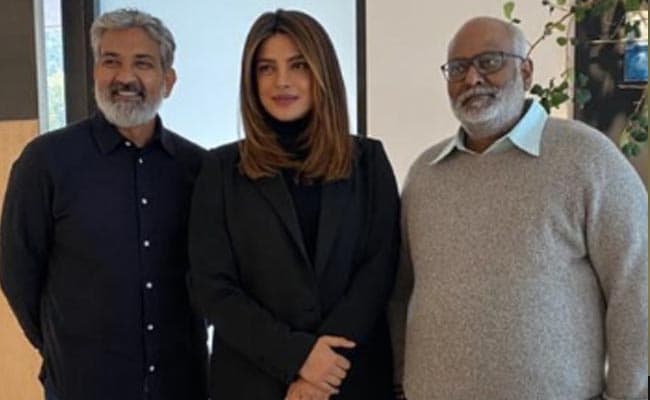 These days the sting of the film RRR and his team is playing not only in the country but all over the world. After the film’s song Natu-Natu received the Golden Globe Award, people from all over the country and the world are congratulating the team of the film. Actress Priyanka Chopra, who has become a global icon, recently attended the screening of the film along with RRR director SS Rajamouli and music composer MM Keeravani. The actress also shared several pictures taken during the recent RRR screening in the US.

Priyanka congratulated the team of RRR

In addition to the Golden Globe, the film RRR also received the Best Feature Film and Best Song award in a foreign language at the 28th Annual Critics’ Choice Awards held in Los Angeles. Now everyone’s eyes are on the Oscar Awards. Everyone is hopeful that RRR will rock the Oscars as well. Please tell that apart from Junior NTR and Ramcharan, Alia Bhatt and Ajay Devgan are also in this film. The film earned tremendously in the country and around the world and also broke many records. According to media reports, the total collection of RRR is more than 1100 crores.