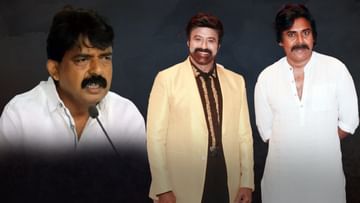 Ex-minister and YCP leader Perni Nani has once again made sensational comments saying that a Kapu person can become the CM of the state. He is of the opinion that it is not wrong to be the Chief Minister of the state.. When a person who inspires the society comes, he will definitely become the CM of the state. Perni Nani said that he welcomes the initiation of Harirama Jogaiah. On this occasion, Janasena chief Pawan Kalyan and Balakrishna satirized the unstoppable program. Balakrishna criticized Nani saying that he was using this program to correct his brother-in-law’s mistakes and to talk to his partner.

Nani also mentioned Balakrishna’s interview with Chandrababu by name. Through this interview, it is alleged that the conspiracy to topple NTR was hatched. Pawan Kalyan’s brother-in-law and his brother-in-law are hanging out with each other. Both of them said that it was only a show.. There was nothing much going on.

Meanwhile, the Unstoppable with Balakrishna show which is being aired on Aaha has already become a sensation. Many political leaders have attended this show in the past. Recently, Pawan also attending this show has become a topic of discussion in politics and film industry.