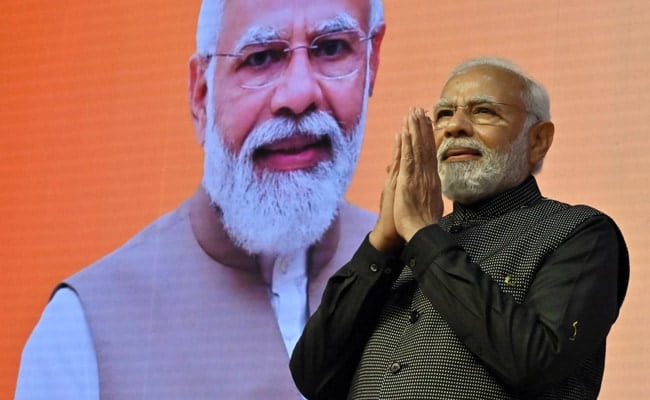 Prime Minister Narendra Modi’s message of “warning against unnecessary comments on irrelevant topics like films” is very clear and to the point. In a way, this is a clear indication for senior BJP leader and Madhya Pradesh minister Narottam Mishra, who is one of the main critics of Shahrukh Khan and Deepika Padukone starrer film ‘Pathan’. In his address on the last day of BJP’s two-day national executive meeting, PM Modi presented a blueprint of “what to do” and “what not to do” for the party leaders, in which the roadmap for the upcoming elections was prepared. When asked about reports that the PM had remarked that a minister constantly comments about films, Mishra said no names have been taken in this regard.

While talking to reporters, Mishra said, “His (PM’s) every word, every sentence is a staple for us. That’s why all the workers have brought inspiration from there, our behavior has been and will continue to be full of his guidance and energy.” In the last few months, there have been frequent cases of calls for boycott of various films by sections belonging to the right wing of the country. Critics have gone so far as to argue that the song “hurts religious sentiments”, pointing to the orange bikini worn by Deepika Padukone. Several petitions were also filed in the court, in one of which the petitioner demanded that a police case be registered against the lead actors of the film. Narottam Mishra also called the title offensive, saying that the song reflects a “filthy mindset”. Madhya Pradesh Home Minister Mishra had said, “The way saffron and green have been used in the costumes is objectionable. Changes need to be made in it. Should be displayed in the state or not.”

In yesterday’s National Executive meeting, PM Modi gave the message of inclusiveness. Apart from warning leaders against “unnecessary comments”, the PM had also said that they (party workers) should reach out to every section of the society, including minorities like Bohras, Pasmandas and Sikhs. Addressing 350 ministers, leaders and activists who participated in the session, he had said, “BJP is now not only a political movement, but also a social movement, which is working to change the socio-economic conditions.”