India vs New Zealand 1st ODI: Siraj has been in super form for two years. Siraj’s graph continues to rise. Rohit said that he is taking quick wickets with the new ball and Siraj will definitely excel in this series as well. 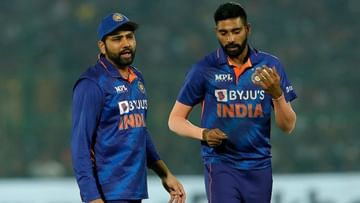 Team India won the ODI and T20 series against Sri Lanka and is ready to face New Zealand in the ODI series from tomorrow. The first match of the three ODI series will be played tomorrow at the Uppal Stadium in Hyderabad. Both the teams have already reached here and started the practice. However, the captains of both the teams who spoke to the media before this match shared their strengths and plans. In particular, Team India captain Rohit Sharma shared some key points.

Rohit said.. We will enter the ring with a strong team. This is a good opportunity for us to test our energy capabilities. He announced that Ishan Kishan, who did not play in the last series, will be played in the middle order this time. With this, Ishan Kishan is sure to play against New Zealand.

Siraj has been in super form for two years. Siraj’s graph continues to rise. Rohit said that he is taking quick wickets with the new ball and Siraj will definitely excel in this series as well.

He also finalized Siraj’s place in the playing 11 by saying congratulations to Siraj who will be playing an international match at home ground for the first time. The expert says that if Siraj excels on his own ground, he will be able to make his name strong in place of Bumrah. Rohit revealed that Siraj is a key player in all three formats and is preparing Siraj for the World Cup.

Rohit said that we will focus on our strengths without thinking too much about how the opponent team is doing. There is some confusion about the spinners. There is still suspense as to who will be played in the playing 11. Rohit also did not give a proper answer to this. Chahal, Auxer, Shabad and Kuldeep are available and he is in doubt.