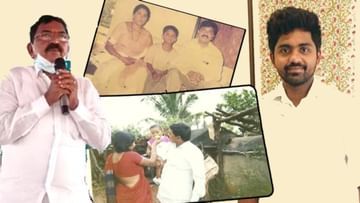 Evidence shows that Sivacharan has Mekapati’s name in all his certificates. Recently Sivacharan Reddy objected to Chandrasekhar Reddy saying that he has no son through his letter. And he asked in the letter who I am. Does the responsibility of paying tuition fees go away? He asked direct questions.

Sivacharan Reddy said that he introduced her to the society after his mother. Sivacharan Reddy is demanding to accept him as a son. However, no reaction has been received from MLA Mekapati Chandrasekhar Reddy on this open letter till now.. How will he react? The matter has become interesting.. but this affair is now causing a stir in Mekapati’s family.