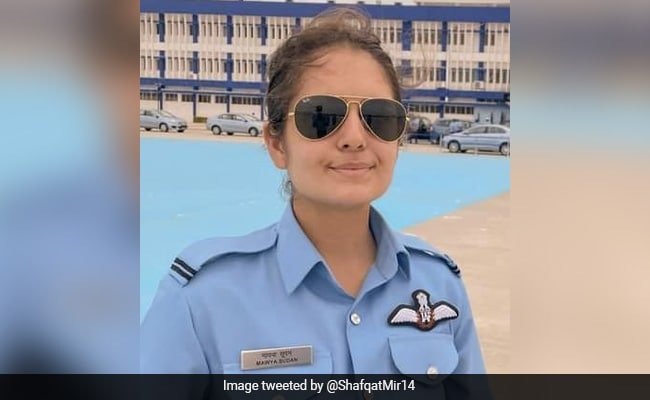 Flying Officer Mawya Sudan, the first fighter pilot of Jammu and Kashmir, is participating in the Republic Day Parade. Mavya flies the modern Rafale aircraft of the Air Force. 25-year-old Maavya, a resident of Rajouri, is the 12th woman fighter pilot in the country to do so. He said, ‘The aircraft does not see gender (female-male). Air Force is a very neutral organization. A lot of women are joining the Air Force right now. Fighter aircraft are operating. The country has progressed a lot in this matter.

Maavya, a resident of Lambadi village of Rajouri, has studied at Carmel Convent School in Jammu. After that he graduated in Political Science from DAV in Chandigarh. NDTV had a special conversation with Mavya Sudan. Mavya Sudan said, ‘It is not difficult for women to fly fighter planes. The task becomes easier with experience and practice.

In the parade on 26 January, Maavya says, ‘I have prepared very well to participate in the parade. I am busy from 4 in the morning till evening. This time it will be a very good performance. I am feeling very proud.

She further says, ‘Whatever task is given to women, they will not lag behind. I want to say this to the girls of the country, they should not lag behind in whatever they want to do. Do not think whether it will be possible in the society or not. Nothing happens in the society related to gender. Everything can be achieved with hard work.

Airforce got its first female fighter pilot in 2016
In 2016, Bhavna Kanth of Bihar got the distinction of being the first woman pilot to fly a fighter aircraft in the Air Force. Along with him Avni Chaturvedi and Mohana Singh also became fighter pilots. Avni is from Rewa in Madhya Pradesh. His father is an executive engineer and brother is in the army. Bhavna is a resident of Begusarai in Bihar. Mohana is from Vadodara in Gujarat. His father is a Warrant Officer in the Airforce.

The fighter plane was about to crash, the pilot saved his life in time, the video will surprise you