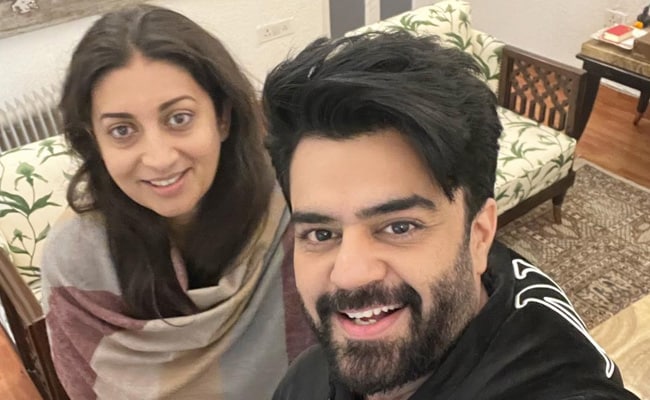 Manish Paul wrote this note on the gratitude of Smriti Irani!

This occasion is very special for Manish Paul, the best actor and people’s favorite host, because recently he has met the Union Women and Child Development Minority Minister Smriti Irani, where Manish, the actress-turned-political leader doing strong work in politics He is seen taking a selfie with Smriti Irani in a special way. Yes, recently Manish Paul reached Delhi to meet Union Women and Child Development Minister Smriti Irani at her home. Whose picture has been shared by Manish on his social media.

The ease between Manish Paul and Smriti Irani is clearly visible in the pictures. Manish wrote in his caption “When an actor met a leader who was once an actor! Thank you so much Smriti Irani ma’am for taking out time for me… It’s always a pleasure to see you and the warmth you always showered me with.” Thank you very much for showing your affection!”

Let me tell you that Manish Paul met Smriti Irani last year also during the Corona period. Recently, Manish has performed his best acting innings in the film Jug Jag Jio and now he is completely ready to play his digital innings where Manish will be seen in a different look. By the way, Manish is also in discussion due to his work and a special style and these days Manish is ruling the hearts of millions of people through his podcast. In the podcast, Manish talks about untouched, unresolved and interesting topics, from Bharti Singh, Sharad Kelkar, Anu Malik, Krishna Abhishek and Govinda have all been part of Manish Paul’s podcast.

Why there was uproar and stone pelting in JNU, why the police did not take action? Saurabh Shukla is telling