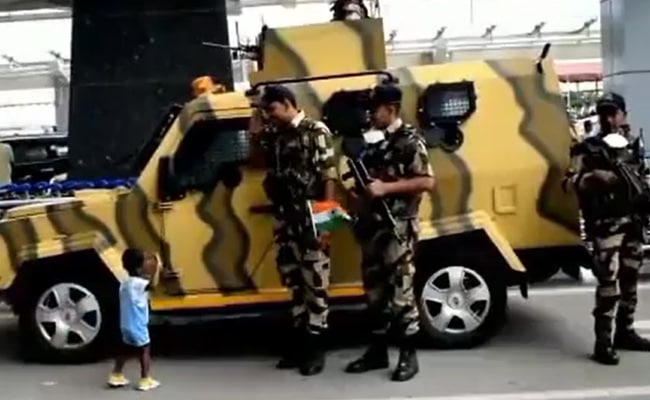 I have a tricolor,

Tricolor is my pride.

We all know how important the Indian Army is to us. We are safe and breathing only because of the Indian Army. In this video going viral, you can see how a child comes and salutes the soldiers standing on the road with the tricolor in hand. Army soldiers are also very happy. People are liking this video very much.

Recently Republic Day is about to come. In such a situation, the army is engaged in the security of the country. This video has been shared on the social media platform Twitter by a user named MahantYogiG. A caption has also been written with it. It is written in the caption – My pride is tricolor, my pride is tricolor.