BRS is going to fill Samarashankham from Khammam Gummam. The first target is to make a grand entry into national politics by making Avirbhava Sabha a grand success. And a delicious dinner is being arranged for the guests coming to the meeting. 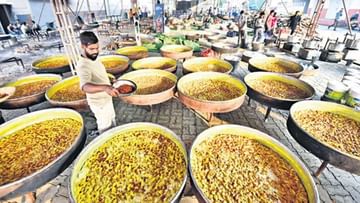 BRS hopes to assert power through Khammam Sabha. By inviting three CMs and leaders of national parties to the meeting, it is planned to hold a discussion at the national level. CMs Kejriwal, Bhagwantman, Pinarayi Vijay, former CM Akhilesh Yadav, CPI General Secretary Raja have already arrived. KCR will have a special meeting with everyone at Pragati Bhavan on Wednesday morning. National politics and future activities will be discussed..! It seems that KCR will make a key announcement on BRS agenda and procedures on Wednesday. Explaining the development and welfare schemes implemented in Telangana during the eight years of rule…! Similarly, what the country needs, what kind of schemes will be announced. By inviting the leaders of AAP, CPM, CPI and SP parties, KCR is also giving signs that he will be friends with these parties in the future.

Leaving the criticism aside.. BRS has made huge arrangements for Khammam Sabha. Assembly in hundred acres. Parking arrangements were made in 448 acres.. 5 lakh people were set as the target.. A total of one thousand volunteers were appointed. CM KCR will first go to Yadadri in 2 helicopters along with the guests from Hyderabad. After the darshan, they will reach Khammam directly and start the second phase of Kantivelug program along with the Collectorate. Apart from the chief guests, only Khammam district BRS public representatives and chief leaders will be present on the sabha stage. The rest of the ministers, MLAs, MPs and MLCs will sit in a special courtyard set up in front of the stage

A sumptuous dinner with Telangana cuisine will be served to the dignitaries attending the meeting. A menu has been prepared to show the taste of Telangana dishes to the guests coming to this meeting. A total of 38 types of dishes will be served. There are 17 types of non-veg items and 21 types of veg items. Let’s take a look at that

There are also variety of sweets, hot items and many mixing food items. This menu was prepared for all 500 special guests.