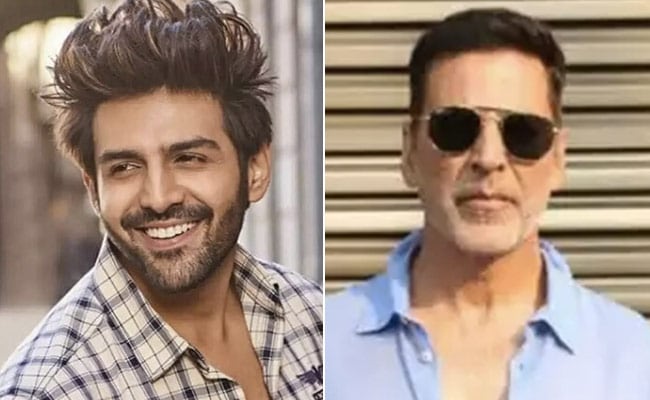 Actor Karthik Aryan has played a major role in crossing the sinking boat of Bollywood. He gave some great films last year from Bhool Bhulaiyaa 2 to Freddy and still has many great films in the pipeline, from Shehzada to Hera Pheri sequel. But for some time, Bollywood actor Karthik Aryan is being accused of usurping the films of Mr. Khiladi i.e. Akshay Kumar. In such a situation, let us tell you what Karthik has to say on these allegations.

‘I didn’t want to do this role’

Bollywood actor Kartik Aaryan recently appeared in Rajat Sharma’s famous show ‘Aap Ki Adalat’, where he was asked a question as to why he chooses films in which Akshay Kumar has worked earlier. Responding to this, Karthik clarified that, ‘I am a big fan of Akshay Kumar sir and I did not want to do these roles, but I was offered because the makers and directors feel that I can do those sequels better. I can do it in a way Producers have seen my work and must have thought whether it is romance, horror or comedy or any genre, I will do better in doing sequels.

Will be seen in this film of Akshay Karthik Aryan

Please tell that Akshay Kumar was seen in the lead role in the first part of the film Bhool Bhulaiya. After this, the second part of Bhool Bhulaiya was done by Karthik Aryan, which was a blockbuster hit film. It was only after this film that Hera Pheri 3 was announced, in which Karthik Aryan was cast in place of Akshay Kumar along with Sunil Shetty and Paresh Rawal. Since then, people are accusing Karthik Aryan that he is doing sequels by usurping Akshay Kumar’s films.