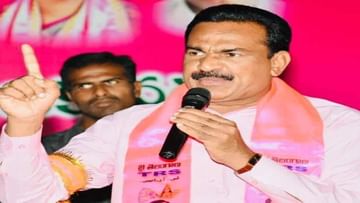 MLA Gampa Govardhan clarified on Kamareddy Master Plan. They said that the industrial zone will be converted into government lands. It was explained that the green zone will also be converted to government lands. Gampa Govarthan promised to remove the lands of Ilchipur, Adlur, Takriyal from the industrial zone. He said that this confusion occurred due to the mistake made by the consultancy firm. He said that after the council meeting, they will move forward on the master plan. Recently, many farmers have filed a petition in the High Court against the Kamareddy Master Plan. The police have registered a case against BJP Telangana President Bandi Sanjay and eight others in connection with the agitation at the Collectorate on Friday.

Farmers have been protesting for a month against the new master plan of the town.. to cancel it immediately. They are demanding to remove the cultivated land from the industrial zone. There is tension in this order. Recently, Collector Jitesh Patil responded to this incident. Clarified on the draft. He revealed that the master plan is in the draft stage and not yet finalized.

Changes will be made after objections are received. Every request will be considered. Farmers don’t worry. Currently, only the draft master plan has been issued. It is wrong information that lands will be lost. Land acquisition will not take place as long as the zone is declared. The deadline for receipt of applications is January 11. Some are misled by repeatedly saying that lands will be lost. Action will be taken if government property is destroyed in the name of agitation.