Mumbai Indians, IPL 2023: The Indian Premier League (IPL) team Mumbai Indians bought for Rs 8 crore will be a relief for this player. However, he missed the final season due to injury. 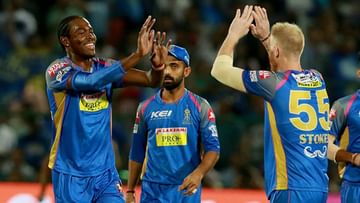 Jofra Archer: England’s young fast bowler Jofra Archer has been out of cricket for a long time due to injury. Due to this, he did not play from IPL 2022 till ICC T20 World Cup. A back injury forced him to stay away from cricket for a long time. But the new year will see this right-arm bowler return to the field. With Archer himself giving clear signals on this, the IPL franchise is also jubilant.

Archer is from West Indies. However, he is playing cricket for England. Archer was a member of the England team that won the ODI World Cup in 2019. He bowled well in the last Ashes series in England. His spell on Steve Smith is still remembered. With the arrival of this bowler, England will also benefit in this year’s Ashes series. But if Archer gets injured again, the England team will be in trouble.

Archer prepares to return. He announced on Twitter that he was ready. Archer posted some pictures on his official Twitter account and announced, Thank you 2022, I’m ready for 2023.

There is no doubt that Archer’s tweet will bring relief to Indian Premier League (IPL) team Mumbai Indians. Archer was paid Rs. Bought for 8 crores. However, he missed last season due to injury. Five-time IPL champions Mumbai will now look to form a dangerous partnership with Jasprit Bumrah. Mumbai Indians in the South African League have also signed Archer for their franchise Cape Town.

Archer, who took the most wickets for England in the ODI World Cup 2019, will play his last international match in March 2021. After becoming fit, Archer practiced with the Test team in Abu Dhabi in November. After playing in the South African League in January, England’s Tarasena will participate in the ODI series against South Africa from January 27. Before playing in the IPL, he may tour Bangladesh for a limited overs series.