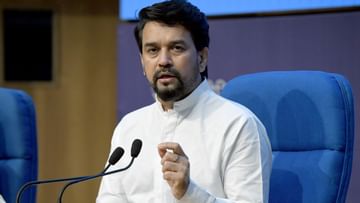 The Union Cabinet has approved the norms of National Green Hydrogen Mission. Union Minister Anurag Thakur said this. Thakur disclosed the details in the press meet after the cabinet meeting. It was announced that the government has sanctioned Rs.19,744 crores for the implementation of the projects. Thakur said that Rs 17,490 crore has been allocated for strategic projects. He said that Rs.1,466 crore will be used for the pilot project. The minister explained that an investment of Rs.800 crore is likely to come from the R&D component.

The Union Minister said that a green hydrogen hub will be developed to bring buyers and producers under one roof. Under this mission, 50 lakh tonnes of green hydrogen will be produced annually by 2030. He said that incentive amount will also be given for five years for the manufacture of electrolyzer in the country. Thakur said the mission would be used for infrastructure development under the Pradhan Mantri Gati Shakti Yojana.

PM Modi announced Red Fort as the venue in 2021.

In 2021, Prime Minister Narendra Modi, who spoke on the occasion of Independence Day, announced the launch of the National Hydrogen Mission. Minister Anurag Thakur said that the mission aims to provide a direct boost to green hydrogen production and produce hydrogen from green energy sources. He said that the focus has been on developing India as a world center for hydrogen production.

What is Green Hydrogen?

Green hydrogen is also known as clean energy. Produced by splitting water into hydrogen and oxygen using renewable energy such as solar power. This hydrogen is used for many purposes. As a force it works. The electricity used to make hydrogen comes from renewable energy sources. Due to this there is no pollution effect. That is why it is called green hydrogen. Environmentalists claim that it will help decarbonise heavy industries like oil refining, fertilizers, steel and cement. It is said to be helpful in reducing global carbon emissions.