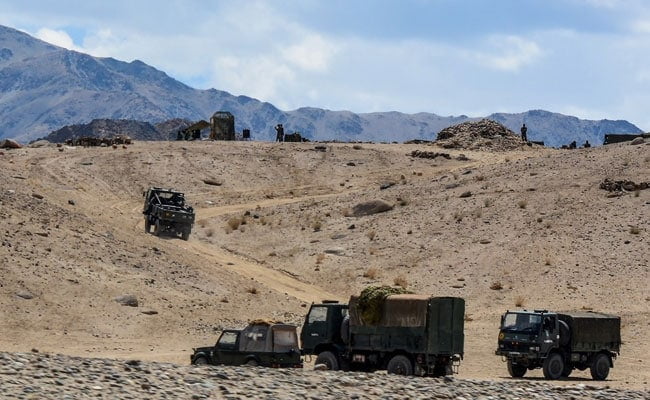 The report was filed last week at the annual conference of the country’s top police officers in Delhi, which was attended by Prime Minister Narendra Modi, Union Home Minister Amit Shah and National Security Advisor Ajit Doval. It added that, “Later, China would force us to accept the fact that these areas had not seen the presence of ISF or Indian nationals for a long time. The Chinese were present in these areas. The Indian side creates a “buffer zone” around all such pockets. India will eventually lose control of these areas. The PLA (People’s Liberation Army of China) is taking the land inch by inch. This tactic of grabbing inches is known as ‘salami slicing’.

“affects the morale of the army”

The officer wrote, “The PLA has taken advantage of the buffer zones in the de-escalation talks by placing its best cameras on the highest peaks and monitoring the movement of our security forces… They object to our movement even in the buffer zone .the Chinese claim it is their territory and then ask us to go back to create more ‘buffer’ zones.” PD Nitya said this Chinese strategy was seen in the Galwan Valley, where a deadly clash took place in 2020, when 20 Indian soldiers and at least four Chinese soldiers were killed in a face-off. Nitya also said that marking areas out of bounds and keeping them empty also affects the morale of the army.

The government has not yet commented

The report said, “During a conversation with a senior officer whose unit is based in the forward area, he shared that if by moving back 400 meters we can buy peace with PLA for 4 years, it would be beneficial.” thing is.” The government has not yet commented on this revelation. Speaking to The Hindu newspaper, which first reported the police officer’s report, a defense source countered the claims, saying, “There has been no damage due to disengagement in the disputed areas.

The newspaper quoted the source as saying, “Some areas have been restricted for patrolling by both sides. Pending diplomatic resolution of the disputes. No ground has been lost. In the disengagement area, we have as many cameras and technical equipment as the PLA.” We have the means and therefore dominate the field as much as before, if not more so.” The report comes just a month after India accused China of trying to “unilaterally change the status quo” at the de facto border, known as the Line of Actual Control, after clashes left soldiers on both sides injured. Happened.

Chances of drizzle in Delhi, snowfall in Kashmir-Himachal

IND vs AUS: Naya Wall scored 157 in the first Test.. Who are the top 5 in that special record? | Cheteshwar pujara need 157 runs in ind vs aus nagpur test border gavaskar trophy most runs list