India vs Sri Lanka: Only two more days are left for the T20 series between India and Sri Lanka to start. The first match of the series between the two countries will be played at Wankhede on January 3. 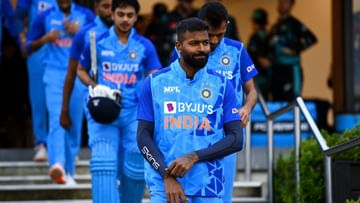 Two days left for the three-match T20 international series between India vs Sri Lanka. The first match between the two teams will be played at the Wankhede Stadium in Mumbai. The BCCI announced the 16-member Indian squad for this series a few days ago. Hardik Pandya will be the captain for the T20 series against Sri Lanka. Meanwhile, who will open India’s innings against Sri Lanka now becomes interesting.

Ishan Kishan, Rituraj Gaikwad and Shubman Gill have been included in the 16-member Indian team. These three batsmen are likely to open the innings against Sri Lanka. All these players have represented India in international cricket. Apart from this, these players also have the experience of opening the innings in IPL. That is why Rituraj, Ishan and Shubman will be well set as opening batsmen. Suryakumar Yadav and Hardik Pandya will bat in the middle order.

Sanju Samson is also in the competition.

Sanju Samson also joined the Indian team for the T20 series against Sri Lanka. He started the innings in international matches. He has adequate experience in international cricket. It is true that he did not get many opportunities in the Indian team. But recently, Sanju has performed brilliantly in limited overs cricket. Sanju played 11 ODIs and 16 T20Is for India. He is known as a batsman who can bat from opening to middle order. He is likely to open the innings in the T20 series against Sri Lanka.