India vs Australia Test Series: The Australian team will come to India a week before playing the four test series. Will come to play the test match directly. 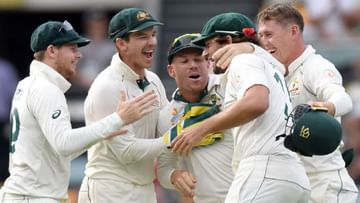 Team Australia: The Australian team is scheduled to tour India in February. A series of four Test matches will be held between the two teams. Usually the visiting team plays a practice match before the Test series. But, this time the Australian team will enter the field with another plan. Team coach Andrew MacDonald believes that they will enter the ring with a new strategy in the four-match Test series to be held against India in February-March. Australia have not won a Test series in India for 19 years. He said that this is the reason why he has planned this time.

A week before the first test..

Border is unlikely to play Australia’s warm-up match before the Gavaskar Trophy. The Australian team will arrive in India only a week before the first Test cricket match starting from February 9 in Nagpur. MacDonald said that it is more important to be mentally and physically fresh than to go to India and play practice matches and adapt to the conditions.

No to practice match..

According to the Sydney Morning Herald, McDonald said, ‘We have adopted a strategy of not playing practice matches in the last few series on overseas tours. We feel that our team does not need such match practice. We will go to India only a week before the first Test match. We don’t want to spend much time in preparations’ he said.

Victory over Pakistan with this strategy..

A similar strategy followed by Australia during the tour of Pakistan in March last year proved effective. clinched the three-match series 1-0. MacDonald said, “We think a week’s time will be enough to complete the preparation for the four Test matches.” Fitness is very important during the series. By doing this we have achieved success in Pakistan. We spent very little time there before the first match. This time, before the tour of India, Australia has planned to hold a three-day camp in Sydney for players who have not played in the Big Bash League.

Australia last won the Border Gavaskar Trophy in India in 2004-05 under Adam Gilchrist. Despite being in a position to win the series after winning the first Test in Pune in 2017, the Virat Kohli-led Indian team made a stunning comeback to win the series 2-1.

Namely a bowler.. He came to bat at the 9th position.. He scored a century with 11 fours and 4 sixes.. | Parth Bhut stuns Punjab, Hits Century In Ranji Trophy Quarter Final