In cricket we often see some players being called by different names on the field and off the field. There are many interesting stories behind it. Especially in Team India there are many such players. 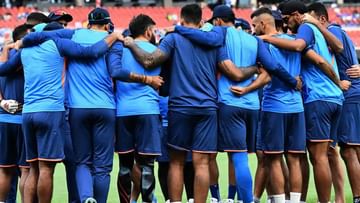 In cricket we often see some players being called by different names on the field and off the field. There are many interesting stories behind it. Especially in Team India there are many such players. Sometimes they are called such names out of their own will, while other times they get nicknames against their will as well. For example, Rahul Dravid is known as ‘The Wall’, ‘Mr Trustworthy’ in the world of cricket. But, his teammates nicknamed him Jamie. Actually Dravid used to promote a jam. Since then, Dravid has been nicknamed Jamie by his teammates. Now let’s know the nick names of three such players and the interesting stories behind them..

Virat Kohli has proved his mettle in every format of cricket. Team India calls this great player by the name ‘Cheekoo’. The story behind this name is also interesting. Actually this name was given to Virat Kohli during the Ranji match between Delhi and Mumbai.

Virat Kohli just started playing cricket. As always, he was aggressive and enthusiastic. But there was another reason for Virat’s excitement that day. Virat was spotted with a new hair style that day. With spiked hair, long ears, puffy face and a new haircut, Virat entered the field. Then coach Ajit Chaudhary said that Champak looked like a cheeky rabbit from a comic. That’s why Ajith called Virat by the name Cheekoo. Since then Virat’s name has become cheeky.

Rohit Sharma is one of those Indian players who, when he is in form, takes a big hit on his opponents. He dazzles with his strong, aggressive batting. It is known that Rohit Sharma is called by the name of Hitman. Now let’s see if it is the same.

After his second double century against Australia in 2013, Rohit received a lot of praise. Rohit Sharma also got a new name at the same time. That’s Hitman. Now many sports lovers call Rohit by this name.

Shikhar Dhawan’s style is very unique among the players in the Indian team. His mustache became a style statement. Shikhar is known as Gabbar by his colleagues. The story behind this name is very interesting.

You will hear the name Gabbar in Sholay. In fact, Dhawan once used gabber dialogues during domestic matches to boost his team’s morale while fielding. Gradually it became a habit for him. Hence he got the name Gabbar. Some of Dhawan’s friends also call him Jatji.