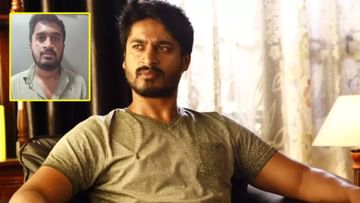 Bengaluru police arrested Kannada actor Manjunath Aliaz Sanju on Monday (January 16). The police arrested Manjunath who was conducting unsocial activities through an online app. After Manjunath’s photo came out after his arrest, the news that he is a film actor did the rounds on social media. What actually happened was that the Sadgugunte Palya police in Bangalore arrested Manjunath along with five people after receiving information that he was running a prostitution racket through an app called Lokantu. Police registered a case against five people and started investigation.

In this sequence, some media houses noticed the photo of the accused and mistakenly thought that it was film actor Manjesh. The reason for this confusion is that the accused and actor Manjesh have some close similarities. The young actor Manjesh, who recently reacted to this, said that he is apparently defaming himself in this case. Realizing this mistake, the media organizations have taken corrective measures. Manjesh played the lead role in the movie ‘Neuron’ released in 2019.