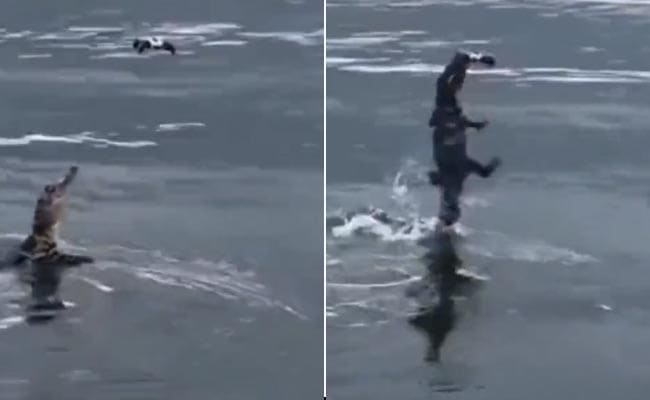 Alligator attack drone viral video: Staying in the water does not lead to enmity with the crocodile. We have been hearing this saying since childhood. The reason for this is that crocodile is a very scary and dangerous creature. Almost everyone is afraid of this. No one can stand in front of it. Many videos of this are seen on social media. Recently a video is affecting people. It can be seen in the viral video that a drone was flying over the crocodile present in the water. The drone did not like this thing. Without delay, Magar attacked the drone. This video went viral on seeing it.

Country’s famous industrialist Anand Mahindra has shared this video. He has also written a caption with this video. He wrote in the caption – Natural things always win.

Proof that the natural world will always triumph over technology… 😊👏🏽👏🏽👏🏽 pic.twitter.com/Ac1zKEgxdw

Elections in Tripura on February 16, Meghalaya and Nagaland on February 27, results on March 2