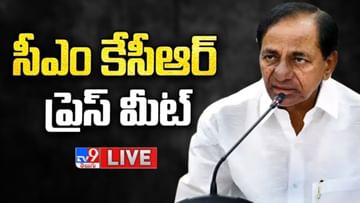 Telangana CM KCR, who is working to expand the BRS party across the country, first focused on Andhra. KCR handed over the responsibility to Tota Chandrasekhar as the President of Andhra Pradesh BRS. KCR, who has already covered many AP leaders with a party scarf, has made several key statements for Andhra. In this sequence, even though the BJP government has privatized Visakhapatnam steel factory, if BRS comes to power, it will be nationalized again. AP should also be a partner for change in the country. KCR encouraged the leaders of AP saying for development. CM KCR spoke at a press meet organized at BRS Bhavan in Hyderabad on Monday.

Before that many AP leaders joined the party in the presence of KCR. CM KCR invited all of them into the party wearing BRS scarf. AP political leaders who have joined so far include Ravela Kishore Babu, Thota Ramesh Naidu, Giddala Srinivas, JT Rama Rao, Chintala Parthasarathy and TJ Prakash. KCR, who is working to expand his party in Andhra, is going to put a big responsibility on these leaders. KCR said in the BRS Bhavan press meet.. ‘India has not reached the stage it should reach. Leaders are joining to spread BRS agenda across the country. The fruits of freedom are not fully ripe. BRS came into being to prepare them. BRS is not for fun… BRS is for India’, he said.

Continuing his words..’The political situation in the country has changed now. They are doing politics with religious riots, pouring money, caste clashes, and winning the elections no matter what. The rulers did not care if 7 hundred people died in the farmers’ dharna in Delhi. Today’s politicians are not in the mindset of taking advice from intellectuals. When you become an MLA, your scalp becomes your eyes.. Basha is changing. Organized work should be done for the development of the country. Singapore does not have its own fresh water..but it is progressing in development. In India, there is a situation where everything from the blade used for shaving the beard to the thread and the violinist’s toys have to come from China.

In the press meet of BRS Bhavan, KCR continued his words and said ‘What happened to Make in India.. If the real thing is Make in India, then why not China bazaar? If make in India..shouldn’t it be Bharat Bazaar? Gallico Bharat Bazaar can be built if there is a serious central government. There are 70 thousand TMCs of water in India.. but water wars are going on between the states. India’s water war and power problems are happening because of bad policies. 24 hours current in Telangana did not come if KCR put his finger on the switch. If you want to develop, don’t make excuses.

KCR and BRS will start working after Sankranthi and they will provide free electricity to the farmers across the country within two years of coming to power and Dalit Bandhu will also be implemented. He also said that even if the BJP government privatizes Visakhapatnam steel factory, it will be nationalized again if BRS comes to power. KCR, who called AP to be a partner for change in the country, has lost the feeling that everything is us in the state. He wants real public politics to come. KCR encouraged the AP cadre by saying that BRS is not for fun.. for India, for the development of India.

KCR said that leaders will soon have classes on why BRS was set up, what to do and how to do it. He said that there will be lecturers for these too. KCR said that politics is not a game, it is a task. Whatever one does, the aim of politics is to win elections.