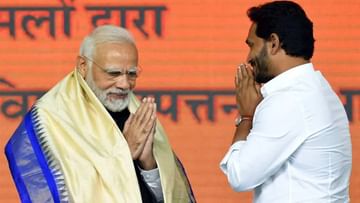 Andhra Pradesh Chief Minister YS Jaganmohan Reddy will go to the national capital on 28th of this month to meet Indian Prime Minister Narendra Modi. CM Jagan also met Prime Minister Modi along with prominent leaders of the country at the G20 preparatory program organized in Delhi on December 5. Within a month of the event, Jagan’s visit to Delhi to meet the Prime Minister became a topic of discussion. But Andhra Pradesh Although the Chief Minister’s Office has not officially confirmed Jagan’s meeting with the Prime Minister on 28th, YCP sources claim that it is true. To this end, he will go to CM Jagan’s Delhi in a special flight from Gannavaram Airport on Tuesday evening and will meet Jagan with Prime Minister Narendra Modi on Wednesday. The Chief Minister is currently participating in Christmas prayer services along with government functions in his home district.

However, it is reported that CM Jagan will discuss many issues with the Prime Minister in the background of this meeting. As part of that The foundation stone of the Kadapa Steel Plant is planned to be laid in the second or third week of January 2023 The Prime Minister is the Chief Minister Wanted. The Kadapa steel plant is part of the state bifurcation act of 2014, but the state government has taken it as an initiative. The state government recently awarded the Kadapa Steel Plant to the Jindal Group, which will be built at a cost of Rs 8,800 crore.. Also his request for grant of funds for steel plant and port at Rayamapatnam Chief Minister Information received from reliable sources that there is a possibility of resubmission. Similarly, with Andhra Pradesh assembly elections still 15 months away, there are indications that the two leaders will engage in some sort of political discussion.

As part of CM Jagan’s visit to Delhi, it is known that there is a possibility that CM Jagan will meet many Union Ministers. But according to the appointments of the ministers, Jagan will meet them at the time agreed upon. However, on some issues related to AP, he will meet with the Union Ministers of the respective departments as well as Prime Minister Modi. While CM Jagan, who has already met with the Prime Minister several times, this time the priority has been placed on the meeting.

Funding for schemes is the main agenda.

As the state assembly elections are approaching, CM Jagan is expected to discuss with the Prime Minister many pending issues in terms of governance and seek approval. As part of that, Polavaram revised estimates, which have already been reported several times, are the main agenda. The CM will discuss with the Prime Minister to approve the proposals given as part of the allocation of advance funds. Along with this, it seems that the Chief Minister wants to lay the foundation stone of Machilipatnam Port in AP with the Prime Minister. Apart from this, the pending funds to be received by AP and the guarantees to be implemented will also be discussed.