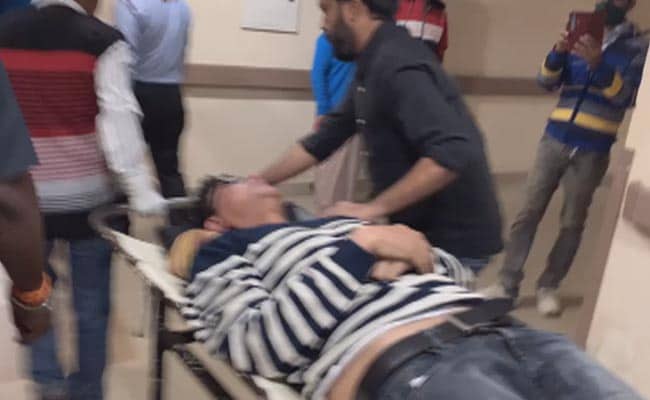 Several people were injured in clashes between BJP-Congress supporters in Tripura on Wednesday.

Several people were injured in a clash between BJP and Congress supporters in Majlispur, Tripura on Wednesday. The clash took place just half an hour after the Election Commission announced the dates for the assembly elections in the state. Congress leader Dr. Ajay Kumar is among those injured in the clash, which took place in Ranirbazar Mohanpur area of ​​Majlispur constituency. Congress MLA Sudip Rai Burman claimed that several party workers who were injured are still at Ranirbazar police station. He said that due to the presence of a large number of BJP workers, they could not be sent to the hospital.

He also alleged that a minister was leading the attack on the opposition. Rai Barman demanded that the Election Commission conduct separate elections for five assembly seats including Majlispur. Significantly, the assembly elections in Tripura will be held on February 16, while the counting of votes will take place on March 2.

Along with Tripura, the dates for assembly elections in Nagaland and Meghalaya have also been announced. Voting will be held in these two states on 27 February. Counting of votes will take place on March 2 in all the three states. Along with the announcement of election dates, the Model Code of Conduct has also come into force in all the three states. The term of the Nagaland Legislative Assembly ends on March 12, while the term of the Meghalaya and Tripura assemblies ends on March 15 and 22, respectively. There are 60-60 seats in the assemblies of the three states. Where there is a BJP government in Tripura, the Nationalist Democratic Progressive Party is in power in Nagaland. Meghalaya is ruled by the National People’s Party (NPP).