Khammam BRS Meeting: Four CMs, two ex-CMs, national level leaders, thousands of VVIPs..Left parties and leaders of many communities..If they all come together, it will be Khammam Sabha. 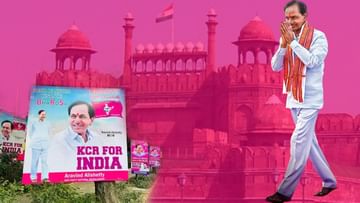 Four CMs, two ex-CMs, national level leaders, thousands of VVIPs, leaders of many organizations along with the leftists. BRS is organizing a huge open meeting to go down in history. CM KCR is going to show his capability by filling BRS battle shell from Khammam Gummam. By inviting three CMs and National Party leaders to the meeting, BRS planned to hold a discussion at the national level. Along with Chief Ministers Kejriwal, Bhagwant Mann, Pinarayi Vijay, former Chief Minister Akhilesh Yadav, CPI General Secretary Raja, a total of 200 leaders will sit on the floor of the Sabha. But at what time the main leaders including KCR will come.. let’s see what is their schedule.

CM KCR is going to meet three CMs soon. Breakfast will be served at Pragati Bhavan. After that they will leave for Yadadri in 2 helicopters from Begumpet. CM KCR will visit Yadadri Lakshmi Narasimhaswamy along with Kerala CM Pinay Vijayan, Delhi CM Kejriwal, Punjab CM Bhagwant Man Singh, Akhilesh Yadav and many other key leaders. Special pooja will be performed there. In view of the arrival of four CMs, darshans were stopped from 9 am to 1 pm. Earned services were also broken. Four CMs will go directly to Khammam after Yadadri darshan.

– Lunch will be served at the Collectorate at 1 p.m.

BRS has made huge arrangements for Khammam Sabha. This assembly is being held with a crowd of five lakh people. Parking facility has been arranged in 448 acres. A total of one thousand volunteers were appointed.

– Arrangements to seat 200 people on stage.

– 50 LED screens have been installed in the hall premises.

Along with the four CMs, CPM and CPI state secretaries Tammineni Veerabhadram, Koonanneni Sambasivarao and CPI senior leader Puvvada Nageswara Rao will sit on the stage. More than 200 leaders, including leaders of other parties, associations, MLAs and MLCs from the joint Khammam district, are going to grace the stage. The authorities have set up a tight security network in view of the arrival of key leaders. All the surroundings of Khammam were completely taken over by the authorities.

District-wise parking lots have been allocated for the leaders and workers who gather on a large scale. A QR code will be given to the vehicles. Scan it and it will indicate the parking spot they need to go to on a Google map. Officials will only allow vehicles with QR code.

Once again Khammam as the stage..

Khammam Gummam, which seemed to be the birthplace of the movements, has once again become a platform for KCR’s ambitions. A huge open discussion is being held in Khammam Gummam where all the political parties are discussing so that the whole country can see them. Khammam was the venue for the first public meeting after the formation of BRS. It is interesting to see what CM KCR is going to announce from this platform, how he is going to move forward and how BRS is going to prevail in national politics.

Mouth-watering dishes were prepared for the guests attending the BRS meeting held at Khammam. Four CMs will be fed the flavors of Telangana. 64 Veg and Non Veg dishes prepared by special chefs. After the opening of the Collectorate, the leaders will have lunch at the Collectorate at 1.30 pm.