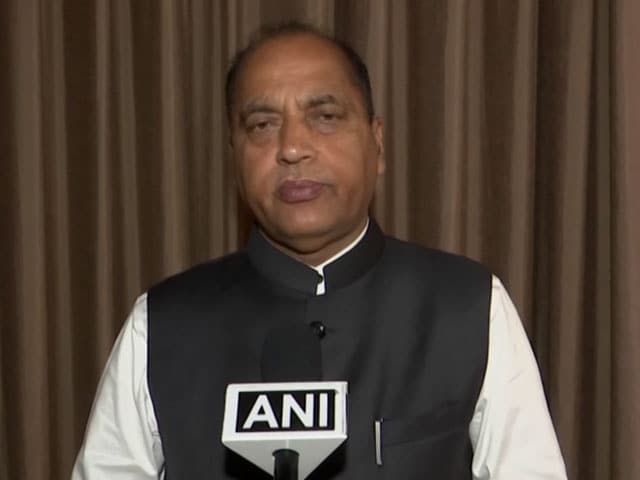 Leader of the Opposition in the Himachal Pradesh Legislative Assembly Jairam Thakur along with other leaders of the Bharatiya Janata Party (BJP) on Wednesday met the party’s national president Jagat Prakash Nadda and congratulated him for extending his tenure by one year. Congratulating Nadda, the former Chief Minister of Himachal Pradesh said that the BJP has made many achievements under his chairmanship and expressed confidence that it will continue in the future as well.

Later, Thakur said he met Nadda along with other BJP functionaries. He said on Twitter, “During this time, we congratulated and congratulated Nadda ji on the extension of his tenure. Definitely, the party will continue to establish new dimensions under the able leadership of Nadda ji.

Thakur said that it is a matter of pride for every Himachali that the son of the hill state is leading the world’s largest party. He said that under the leadership of Nadda, the BJP will win the assembly elections to be held in nine states this year as well as the 2024 Lok Sabha elections.

Thakur said in a statement, “It is a matter of pleasure that the tenure of Jagat Prakash Nadda ji has been extended till June 2024. He has excellent organizational skills and takes everyone along.

He also said, “The party will again win a record victory in the Lok Sabha elections to be held in 2024 under the chairmanship of Prime Minister Narendra Modi. This victory will be bigger than 2019.

In the BJP’s executive meeting held on Tuesday, it has been decided to extend Nadda’s term as party chief till June next year.