IPL 2023: BCCI took many important decisions in the review meeting. In this, it has been said that the players may be removed from IPL 2023 in relation to the workload management. 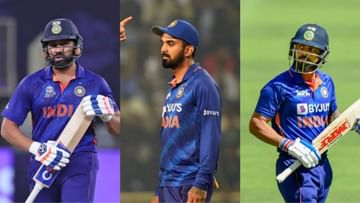 BCCI Review Meeting: The BCCI held a review meeting on New Year’s Day (January 1, 2023). The board took many important decisions in this meeting. In this, special attention was paid to the management of the workload of the athletes. Team India captain Rohit Sharma, coach Rahul Dravid, BCCI president Roger Binny, secretary Jai Shah, former selection committee chairman Chetan Sharma, NCA chief VVS Laxman and others participated in the meeting.

In this review meeting, a key decision was taken regarding the World Cup to be held in October. With the World Cup in mind, it seems that some key players may be rested from IPL 2023.

In addition to workload management, the 2022 T20 World Cup semi-final, Africa and the losing series against England were also discussed in the meeting. Captain Rohit Sharma spoke on the fitness of the players. He said that why the players are getting injured again and again should be resolved. Last year bowlers like Jasprit Bumrah and Deepak Chahar were injured a lot.

Talking about the players’ fitness, Rohit Sharma said, “We have to try our best to get to the bottom of it. I don’t know what it is. It could be that they play a lot of cricket. Keep an eye on all those players. Because they have to understand that they should be fully fit while playing for India’, he said.

Some important decisions in the meeting..

• Chance of players being dropped from IPL 2023 due to injury.

• The ODI World Team will be selected from a pool of 20 players.

• As per the new blueprint, a fitness, workload roadmap will be prepared for the central pool of players. Activities for this have already started.

• Added yo-yo test as well as dexa scan to focus more on players’ fitness. The strength of the bones of the players is known through this test.

• IPL is not the only criteria for selection in the team. Players have to play a lot in domestic cricket to get a place in the team.