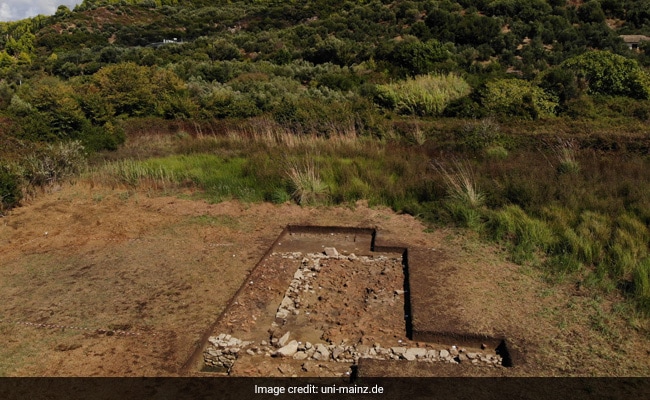 Poseidon Temple: The Archaeological Department has discovered an ancient temple dedicated to Poseidon, the ancient god of the sea in Greece. According to CNET, the ancient temple is located in a coastal area, where once there used to be an ancient settlement. The location of the temple was mentioned by the Greek historian Strabo, who lived 2,000 years ago. Mainz University in Germany supported the Department of Archeology in this search.

Own Website In a statement posted on the website, the university said that researchers have unearthed the remains of a temple-like structure, which was located within the Poseidon sanctuary and was likely dedicated to the god himself. The structure is believed to have been lost after being hit by tsunami several times.

CNET reports According to sources, its traces first appeared in 2021, after which an excavation work was started, in which the entire temple was shown. The outlet quoted archaeologist Birgitta Eder of the Austrian Archaeological Institute as saying, “The site of this temple matches the details given by the Greek historian Strabo in his writings.” Metro Said that apart from Germany, archaeologists from Austria and Greece also cooperated in this discovery.

Andreas Wott, professor of geomorphology at the University of Mainz, said: ‘The results of our investigation to date show that, as far back as the 5th millennium BC, waves from the open Ionian Sea did indeed flow directly against the hills.’ He further said that, ‘An extensive beach barrier system developed on the sea front, in which many lagoons were separated from the sea.’ Researchers are now trying to determine whether this temple is in fact the lost temple of Poseidon. It is about 31 feet wide and also has a marble perihunterion and a ritual water basin.