Not only those two fathers.. In their political struggle, their descendants also say Dhi means Dhi. It is said that the political feud will be continued as a legacy. 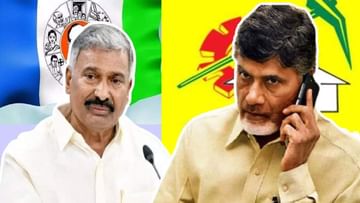 Not only those two fathers.. In their political struggle, their descendants also say Dhi means Dhi. It is said that the political feud will be continued as a legacy. Who are the two fathers? Who is the son who is continuing the political war between the fathers? Special article for you..

Nara-Peddireddy.. The political feud between those two families is not of today. Both Chandrababu and Peddireddy Ramachandra Reddy were contemporaries in politics. From the days of student politics, it is a disaster. From the student days in the university to the current political leaders… the same war continues non-stop.

The political war going on between these two for almost five decades is not only a topic of discussion in district politics but also in state politics. While Peddireddy had the upper hand at the varsity level, Chandrababu was able to dominate the state politics as he turned the wheel as the CM. Still the difference between these two continues as if you are me. After the 2019 elections, the political battle between Chandrababu Peddireddy that was thought to be over has heated up. The war of words between Chandrababu from Kuppam and Peddireddy representing Punganur has once again reached the peak stage. It has reached the point where Nuvventa means Nuvventa.

Chandrababu has been paying a lot of attention to Punganur in addition to making successive trips to Kuppam. This is why Babu’s trips are leading to serious tensions. As the attacks, cases and arrests continued, the heated politics between the two started again. On the other hand, Chandrababu also started a direct attack on Peddireddy as cases were registered against the TDP cadre in Punganur.

Chandrababu, who came to his own district for Sankranti festival, issued warnings for three consecutive days that Peddiredde was the main target. As part of a direct attack on Peddireddy, he challenged Punganur Pudingi to see how he will win this time. With this, the political war between the two has reached a semi-climax. At exactly this time, Peddireddy also gave a strong counter to Chandrababu. Babu, who could not do anything when he was in power, complained that he can do nothing now. Sai said that it is difficult to get a deposit in the pile this time. He said that if CM Jagan orders, he is ready to contest against Chandrababu even in Kuppam or Punganur. They have already given a strong warning to Babu in the Kuppam local body elections.

Does Chandrababu have the courage that Peddireddy has? Saying this, Deputy CM Narayana Swamy threw another challenge. Narayanaswamy’s challenge that if Babu has the courage to face Peddireddy even in Punganur or Kuppam, he should be ready has increased the heat in Chittoor political circles.

If the political rivalry between the two big heads is going on at this level, it seems that there is an atmosphere of conflict between their successors as well. Peddireddy’s son MP Mithun Reddy was asked what is his opinion on Lokesh Babu’s padayatra. But even Lokesh..Midhun Reddy has issued strong warnings that if he talks out of control due to frustration like his father, he will not sit back and watch.

It means that the heirs of Peddireddy-Nara families will not be reduced in the political struggle of generations. Let’s see. Apart from fathers, the political circles of the district are commenting that how much this war of words is intensifying between sons.