The high voltage heat scene continued on the second day of TDP chief Chandrababu’s own constituency Kuppam. But Chandrababu, the former CM of Andhra Pradesh, says that it will not decrease 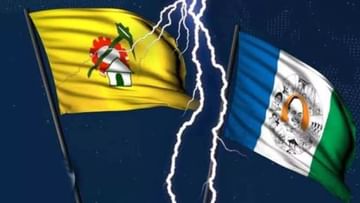 TDP chief Chandrababu The high voltage heat scene continued on the second day of his visit to his own constituency Kuppam. But Chandrababu, the former CM of Andhra Pradesh, says that it will not decrease. He continued on the second day while giving counters to the ruling YCP on one side of the tour which is going on word for word. The Kuppam constituency became confused as the police said ‘no permission’ to this tour which started on Wednesday. In this order, Chandrababu settled in the heap. Chandrababu started a protest march on foot after the police said no permission. Walked from Kuppam R&B Guest House to MM Mahal. Afterwards, a review was conducted with the booth committee conveners. He visited the TDP workers undergoing treatment in the hospital.

However, the leaders of the ruling party criticized Chandrababu’s behavior. He said that Jive No. 1 was brought to save people’s lives. The YCP leaders have warned the TDP leaders to sit back and watch if they talk about CM Jagan at will. Before that, Chandrababu wrote a 4-page letter to the DGP. He asked that immediate action should be taken against Palamaneru DSP.

Meanwhile, the police registered several cases related to the first day of the tour. Three cases have been registered against TDP leaders for obstructing police duties. These cases were filed on Gollapally, Shantipuram and Peddur incidents. In the incident of insulting SI Sudhakar Reddy in Peddur, a case has been registered at Gollapally for obstructing the CI’s duties. The police have also registered a case on the incident near NTR Circle in Shantipuram. Cases were filed against TDP workers in all three incidents.