It is known that TDP’s young leader and former minister Nara Lokesh has started a padayatra across Andhra Pradesh State under the name ‘Yuvagalam’ with the aim of gaining power in the next elections. 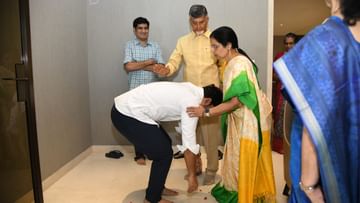 It is known that TDP’s young leader and former minister Nara Lokesh has started a padayatra across Andhra Pradesh State under the name ‘Yuvagalam’ with the aim of gaining power in the next elections. The Yuvagalam Padayatra will start from Kuppam from 27th January. However, before the padayatra he released an open letter to the people of the state. He asked people to bless him. Comparing the rule of the Telugu Desam Party government formed after the division of the state and the present YCP government, he mentioned the development works and governance policies. Nara Lokesh requested to give power to TDP once again and cooperate in the development of the state.

The Telugu Desam government has put a lot of effort into the development of Navyandhra within five years, which was formed with a deficit budget. You know this. You all have been watching the destruction being done by the Jagan-led government. Every community is expressing concern that we are anarchy. New industries are not coming anyway. Everything is being removed. Hatreds in the name of caste, religion and regions have been raised and perverse politics have been unleashed. This regime of anarchy must go. That is why I am coming to you. I am the future of youth. I stand as a bridge for development. Even those who see the peasant as a king will not rest. I will protect the girls as a brother. Be a force and be strong and lead the march of my youth. Bless me coming for all of you.. Cherish me.’ Nara Lokesh asked the people.

Before leaving for the Yuvagalam padayatra, Nara Lokesh along with family members performed special pooja at home. Lokesh took blessings from maternal grandfather (Nara Chandrababu Naidu, Bhuvaneshwari) and maternal uncles (Nandamuri Balakrishna, Vasundhara). And his wife Nara Brahmani. Lokesh embraced his father Chandrababu who was leaving the house and shared intimacy. Meanwhile, Lokesh directly reached NTR Ghat from home. Tributes were paid to NTR there. From there they will reach Kadapa. Lokesh offers special prayers in the dargah there. At the same time, Lokesh prays in a church in Kadapa itself. Reach Tirumala at night and stay there. Lokesh will visit Srivara on Thursday (26th). Kuppam R&B will reach the guest house from Tirumala at 10 am. Nara Lokesh will start his Yuvagalam padayatra from Kuppam from 27th.