As soon as the episode started, the Aha app crashed as the traffic of Prabhas’ fans skyrocketed. Expectations for this episode are huge. 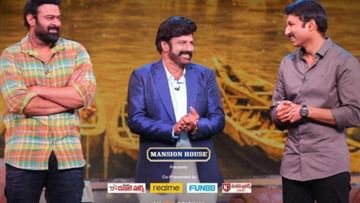 Prabhas Unstoppable: The episode of Prabhas Unstoppable with Aaha Balayya is scheduled to be streamed today at 9 pm. But, Aha released an official statement that the app crashed due to the backlash from Darling’s fans. As soon as the episode started, the Aha app crashed as the traffic of Prabhas’ fans skyrocketed. Expectations for this episode are huge. The promos of the already released episode are impressive. Due to this, the interest in this episode of Prabhas has increased greatly among the fans.

“Your love is infinite darlings! Our app is offline. But not our love. Give us some time to fix it. We’ll meet again in a few moments! #PrabhasOnAHA” tweeted Aha a while ago.

Your love is boundless darlingsss! Our app is offline but our love isn’t. Give us just a little time while we fix it. We will be up and running in a jiffy!#PrabhasOnAHA#UnstoppableWithPrabhas#NandamuriBalakrishna

This is the first time that the Aha app has crashed like this. The app crashed due to the fan interest in the first part of Prabhas’ episode. Aha also confirmed the same thing.