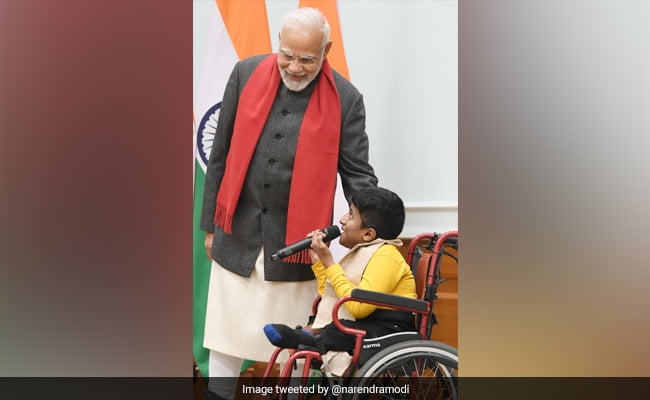 It is said that all the humans living on this earth are very special. Some are fast in studies and some in sports. Some are good at singing and some are good at dance. It means to say that everyone has some or the other specialty. Republic Day is about to come in the country. Its preparations are going on in full swing. Meanwhile, 11 children of the country have also been honored. PM Modi has shared the story of all the children on social media. The story of a child named Aditya Suresh is an inspiration for people.

What is Aditya Suresh’s story?

Aditya Suresh is 14 years old. He is an excellent singer. The saddest thing is that due to problems in the bones, their physical development could not take place. Despite all this, Aditya did not give up on life. He made music his life. He was so attached to music that the PM of the country was also impressed.

Proud of Aadithya Suresh, who has shown remarkable resilience. He was diagnosed with a bone disorder but he is not one to have a low morale. He pursued singing and is now a talented singer. He has performed in over 500 programmes. pic.twitter.com/hyMmBMA1tf

PM Modi is also a fan of Aditya Suresh. PM Modi tweeted and wrote- Aditya Suresh, we are proud. The courage you have shown is commendable. You didn’t get discouraged despite having problems with your bones. You have made music your life. By participating in more than 500 programs, you have influenced many people.

Many people have given reactions to this tweet of PM. One user said – I am really very happy with this child. This child has given an inspiration to the whole country.